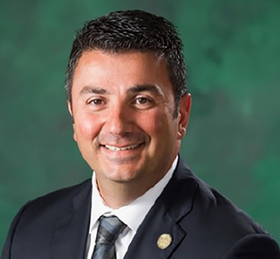 The Chaldean American Chamber of Commerce and affiliate Chaldean Community Foundation have tabled a plan to establish a satellite presence in northern Iraq to provide business investment and social services support in the region, following Iran attacks on U.S. bases in the Middle East late Tuesday.

The Farmington Hills-based Chaldean Chamber and foundation had been developing the plan for the new satellite location as an extension of their work with a U.S government agency and contractor over the past six months to help attract local investment in rebuilding efforts in northern Iraq.

The proposal was set to go before the boards of the two organizations over the next two weeks but is on hold, given the escalating tensions between the U.S. and Iraq and Iran.

Iran launched the attacks on U.S. bases in Iraq in retaliation for a Jan. 2 U.S. drone attack that killed one of Iran’s most powerful military generals, Qasem Soleimani, and Iraqi Shia paramilitary leaders Abu Mahdi al-Muhandis.

“Our goal is to establish a presence in Nineveh, Iraq, to serve our community and help put them on a path to stability following the trauma they endured from ISIS,” Martin Manna, president of the Chaldean chamber and foundation, said Wednesday morning. “Given the recent rise in tensions between the U.S. and Iran, our efforts will be put on hold until we can assure the conflict is over. We are praying for a peaceful resolution.”